Dr. Sebi Product for Males - Testo and How to Make it at Home

They say put red blankets and covers in the bedroom as they are very aphrodisiac.

But is paint and a few covers enough?

Sadly Male Impotence is a common factor in many homes and this article is to help you conquer the problem naturally. 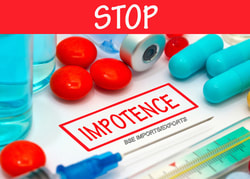 Dr. Sebi fasted for more than 90 days as he had diabetes and sexual dysfunction since the age of 30.  After 57 days he could have sex with his wife.  If you watch any of Dr. Sebi's videos you will find that he talks about sex a lot.  He went without sex for so long and then bam and so surely he wanted to share the wealth or pay it forward.  So he created a product called Testo

Testo nourishes the endocrine system to aid in the male body’s hormonal balance. Testo improves sexual responsiveness, increases virility and a healthy amount of blood flow to the male genitalia

Main Ingredients - See my store for best buys on the below herbs.

These barks would require you making an herbal tea not capsules unless you can find the powder.
YOU CAN BUY READY MADE PRODUCT AT DRSEBICELLFOOD STORE - $50

​If you are going to make this at home then you can go for the minimum recipe posted by the bottle which is sarasaparilla, Yohimbi, and Senisitiva.  For the best results use the entire ingredients posted above.
Sexual Dysfunction

According to the Mayo Clinic "Male sexual arousal is a complex process that involves the brain, hormones, emotions, nerves, muscles and blood vessels. Erectile dysfunction can result from a problem with any of these. Likewise, stress and mental health concerns can cause or worsen erectile dysfunction.

The brain plays a key role in triggering the series of physical events that cause an erection, starting with feelings of sexual excitement. A number of things can interfere with sexual feelings and cause or worsen erectile dysfunction. These include:
According to Ethan Huff of Natural News

Exposure to bisphenol A (BPA), a common plastics chemical, is causing various reproductive and sexual problems in men, according to a recent study published in the journal Human Reproduction. Funded by the federal government, the study revealed that BPA is detected in the urine of roughly 93% of the U.S. population, a staggering figure when considering the immense harm the chemical inflicts on the body.

A compound that is found in thousands of everyday consumer products from canned food liners and plastic drinking bottles to composite dental fillings, BPA is an extremely harmful chemical that is difficult to avoid. Despite efforts by some manufacturers of reusable drinking containers, baby bottles, and certain health-food products to remove BPA from their products, a great majority of packaged and processed food on the market today still contains this chemical.

Study findings revealed that Chinese males exposed to BPA in their workplaces were four times as likely to suffer from erectile dysfunction and seven times as likely to suffer with improper ejaculation compared to workers at facilities where there was no BPA. De-Kun Li, a scientist at the Kaiser Foundation Research Institute, observed that sexual dysfunction began to occur only months after new workers were exposed to BPA in the workplace.

KG on Dec 18, 2021Overall great product and I can say I was extremely ready to go more than usual. Energy level went up in general and spouse was extremely pleased do you extra “rounds” for sure.

Renee on Dec 16, 2021This stuff saved my marriage! My husband was having some ED problems. I’m 48 and my husband 45 we were intimate once a month. I’m a very sexual person and he wasn’t. Now we do not have a problem at all. He’s been on them for 2 months and WE love them!! He love them for the energy and his performance. I love them for the performance! Lol! NO SIDE EFFECTS!! I Can’t keep him off me! No complaints here!
​
AJ on Oct 14, 2021I'm 57, in decest shape, but ED started setting in, what a depressing scene. I tried testo and by the third dosage....WOW!!!!!! There are no side effects or feeling uncomfortable like the blue pill can cause. This stuff is amazingand it really works, I'm a fan for life. It enhanses your performance as well.   You become stronger!!