HISTORY
Since the 19th century, the dried bark of cascara sagrada is used as a laxative in the treatment of constipation. Initially, the United States Food and Drug Administration (FDA) approved it for its use as an over-the-counter laxative, and it was one of the most commonly used laxatives in the United States.

But later in 2002, the FDA withdraw the decision due to the lack of clinical trials and long-term safety concerns. Therefore, cascara sagrada is currently classified as a "dietary supplement" and is used in multiple herbal and dietary products.
CASCARA SAGRADA' BARK'S ACTIVE COMPOUNDS & MECHANISM OF ACTION
Anthraquinone glycosides (cascarosides A, B, C, and D) are the main compounds present in Cascara Sagrada that exert the laxative effects. The anthraquinone glycosides are further metabolized within the gut by intestinal microflora to form aglycone anthranoid compounds, which stimulate intestinal motility, increase intestinal secretions, and inhibit intestinal absorption of water and electrolytes.

All these effects lead to an increase in the stool bulk and volume. The increased stool volume exerts pressure to the intestinal wall and promotes muscle contractions (peristalsis). The laxative action typically occurs after 6–10 hours of use.

The freshly dried cascara bark works as a very strong laxative and is not considered safe for human use. The consumption of freshly dried cascara bark will result in severe abdominal cramps and severe diarrhea.
ADVERTISEMENT - ADVERTISEMENT - ADVERTISEMENT
HEALTH BENEFITS AND USES
Cascara sagrada is primarily used as a gentle laxative to treat constipation. It works by stimulating intestinal motility (peristalsis), increasing intestinal secretions, and inhibiting absorption of water and electrolytes within the intestines. Because of the mild action, it is generally considered safe and causes fewer watery stools.

Cascara sagrada is also suggested to be beneficial in the following medical conditions, although the medical evidence is lacking to support these claims:

Disclaimer: The uses as mentioned earlier of cascara sagrada are based on its traditional uses. You may also find other uses of cascara. Valid clinical data is not available for their use. Safety and efficacy in humans have also not been proven. You should contact your healthcare provider before starting cascara sagrada. 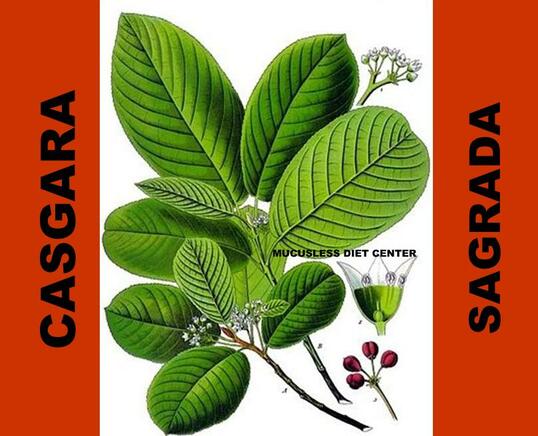 ADVERSE EFFECTS OF CASCARA SAGRADA
Cascara sagrada is generally considered safe and well-tolerated if used for a short-term period, i.e. seven or less than seven days. The common side effects of short-term use of cascara are:

Long-term Adverse Effects
The frequent and excess use of cascara sagrada may cause a variety of different adverse effects. This was one of the concerns for the withdrawal of FDA approval as clinical trials and research regarding the long term safety was lacking. When taken long-term, the following adverse effects have been noticed:
CONTRAINDICATIONS
It is contraindicated in individuals with a known allergy or hypersensitivity to cascara sagrada or the Rhamnaceae family. Allergic reactions may vary from mild itching to life-threatening anaphylactic reactions.

Although medical research is lacking regarding the possible contraindications, still it is generally suggested that Cascara sagrada should be better avoided in people suffering from any of the following health conditions:
DRUG INTERACTIONS

Disclaimer: The interactions of cascara sagrada with other pharmaceutical agents are not fully studied. It may adversely affect your health by either decreasing the efficacy of other drugs or potentiating the adverse effects. You should contact your healthcare provider before starting cascara sagrada.
DOSING

Adults
The safe and effective dose of cascara sagrada is not proven by the studies; therefore, the smallest dose of cascara should be consumed to maintain soft stools. Unlike pharmaceutical drugs, dietary and herbal supplements do not undergo rigorous testing in the United States.

Hence, the quality of the supplement varies considerably. Further, cascara preparations are available in different forms causing difficulty in calculating effective dosages. Following are the traditional doses of various forms of cascara sagrada.
Children (younger than 18 years)
There is no proven safe or effective dose for cascara in children. Therefore, its use is not recommended in children.

Pregnancy
There is no proven safe or effective dose for cascara in pregnant women. Therefore, its use is not recommended during pregnancy.